Not many people can boast that they have never disappeared in match-three games. Now these puzzles can be found for every taste and on any theme. People of all ages fell in love with unpretentious games in which you can spend an infinite amount of time. Adventure Xpress is one of those. Unlike others, it is not about sweets, cupcakes and diamonds, but about a hero who has a difficult path ahead with a bunch of enemies and treasures. 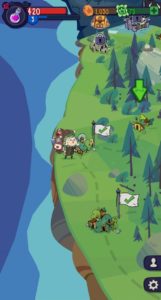 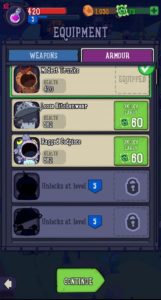 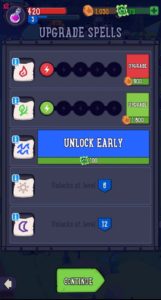 Each level is a small battle with bandits or evil spirits. By collecting elements of three or more, you give your hero the strength to hit the enemy. The more tiles you’ve ruined, the stronger the will be the punch. Here you need to be attentive and follow to what element the enemy belongs and try to attack him by opposite. At the beginning of the game there are several heroes to choose from, and each of them can be equipped with armor and weapons that will increase the damage and absorb it. Items are bought for coins that can be obtained from handbags that drops from enemies after each level. The level itself most often consists of two or three parts. You need to defeat two ordinary enemies and one mini-boss. 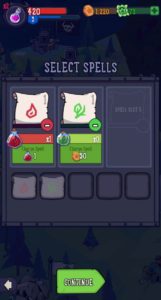 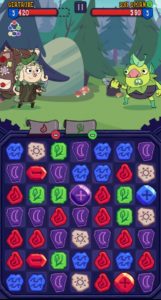 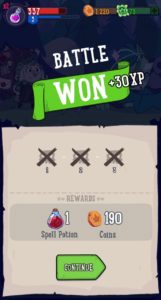 You can also buy and pump spells that will do damage by one of the elements. These spells must be charged by destroying the tiles of the corresponding element. Over time, these spells can be improved for playing coins. The character also has their own levels that define which products will be available in the store.

During battles, the character is attacked by enemies and its health decreases. And if he dies, the level will not be passed. There are two ways out of this situation: the first and the most obvious one is to try to complete the level earlier than the hero has little health, and the second is to use treatment potions. Potions can be found in gold bags that drops from bosses and can be bought for local premium currency – stamps. Stamps, actually, can be found in the same gold bags.