Alto’s Odyssey – back on the road

Not always you want to play complex games with extensive functionality. Sometimes you just want to shorten your time or get distracted by something single-task, but at the same time fascinating. Alto’s Odyssey is a 2D action runner, a sequel to a game known to fans of this genre as Alto’s Adventure. As in the previous part, in this one we join the adventures of Alto and his endless ski race. It’s already clear, this is a very easy-to-manage endless runner whose actions occur in the hot desert. But it is not always so hot, because the weather changes in the game. In general, the new adventure of the hero is not particularly different from the previous one. Here you also automatically roll down a mountain or a slope while performing jumps, stunts and gliding. 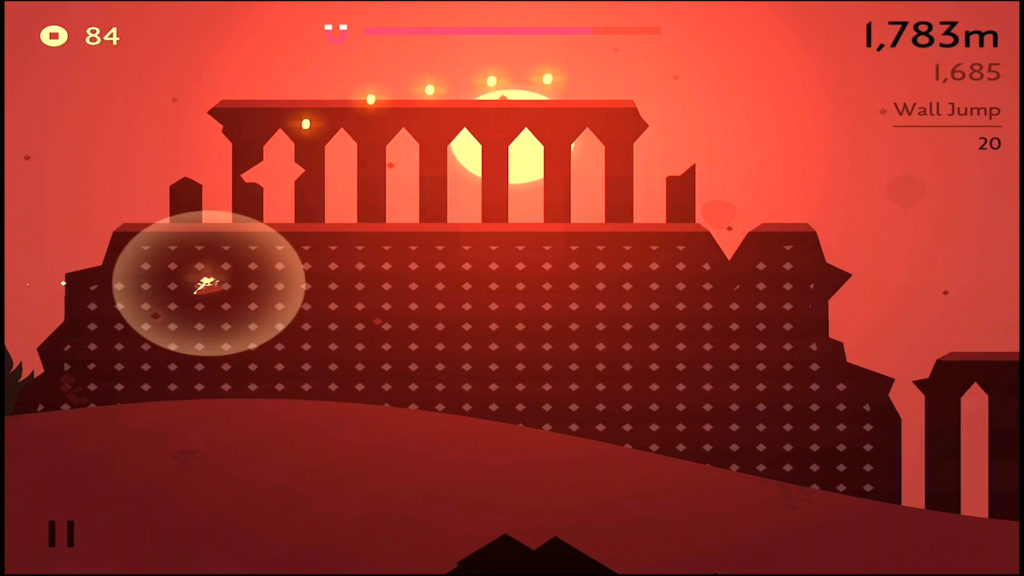 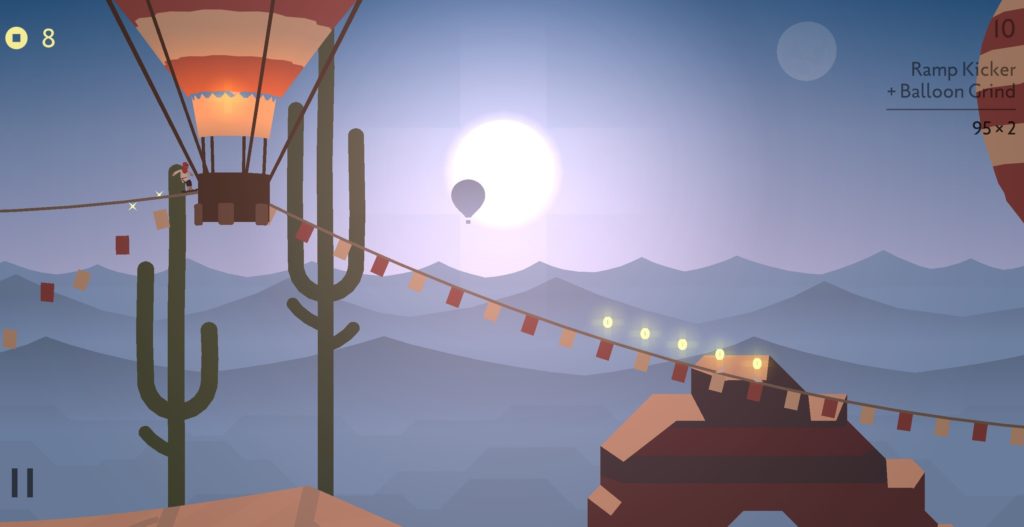 The game includes a variety of biomes from sand dunes to rocky mountains and temple cities. Among these biomes there will be objects that will make the trip more interesting and with its help will be possible to perform tricks. For example, stones that you need to jump and balloons with cables between them. On these cables you can grind and earn extra points. It is also worth avoid lemurs which are cute at first glance , they are not as simple as they seems. The goal of the game, as you can understand, is to drive as far as possible while collecting as many coins as possible. For these coins, you can buy improvements that helped to collect even more coins or, for example, to break stones, and not to crash into them. After passing a some number of levels, new characters will be opened which you can play. Each of them has its own characteristics – someone spins longer in a flip, and someone speeding so much that they break down obstacles in their path. 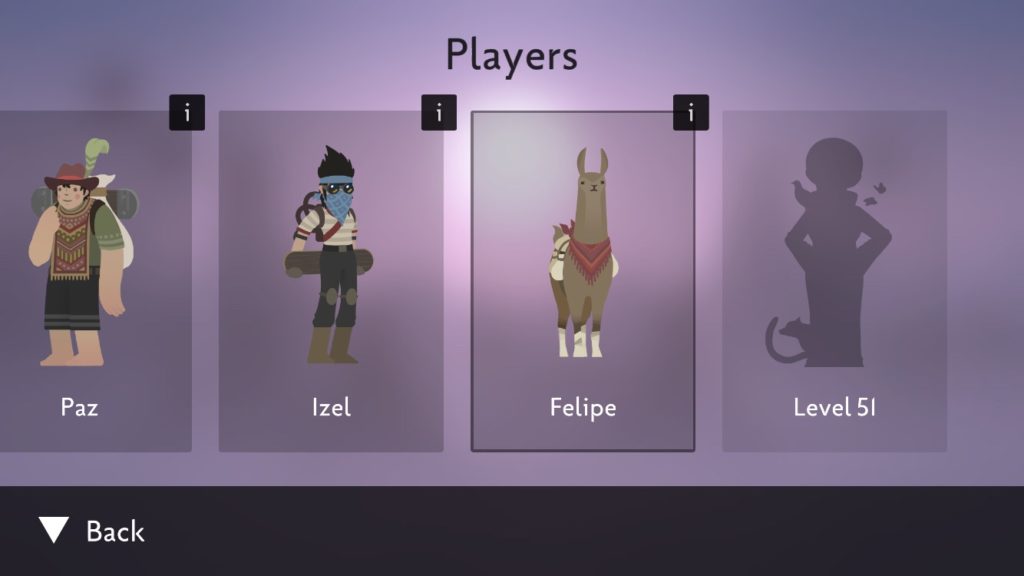 If you do not want to concentrate at all, discover the Zen mode. It will clear the game of all the distracting elements of coins, stones and boosters leaving you alone with the endless desert. The game has a nice relaxing original music, so you can turn on the headphones and hit the road.