Call of Duty Mobile is a hit, there is no doubt about it. The next parts of the series are sold in a million copies, and its portable edition is no less popular. The new mobile app was born with pain and caused a lot of problems in the first weeks, but we can say that 2020 for CoD: Mobile will be successful. The third season begins this week, and a new update is coming out that introduces the solutions which fans have requested since its premiere.

Call of Duty Mobile debuted with support for external controllers. However, the first update of the game has already removed this option. Reason? Too big differences in starting of the game using the screen and dedicated controllers. And this led to the fact that the latter had a much greater advantage. Activision Blizzard restored this functionality last November with the premiere of Zombie mode, which is very popular in other releases of the series. The third season begins with a new combat pass offering additional weapons to complete the following tasks, daily and weekly tests.

In addition, new maps have appeared, including Scrapyard, known to players from Call of Duty: Modern Warfare 2, which is already available. The following will appear systematically. The game has new modes, Battle Royale in a rating of 20 to 20, a new season of ranking matches, new skills, changes in the balance of weapons and bug fixes. 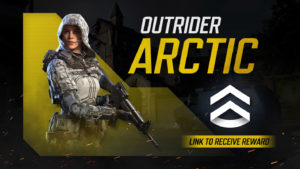 However, probably the most important change is the introduction of a new login method. In addition to the already known Facebook account and guest using Game Center (iOS) and Google Play Games (Android), the creators have provided the ability to register and enter the game using the Call of Duty account from Activision. By choosing any option, you can also combine existing registration information with a new account, which will further integrate various CoD names and simplify data management.

With the introduction of a new login method, anyone who connects their existing accounts with a Call of Duty account will receive a gift in the form of an Outrider Arctic skin. To do this, just log in to the account that you used before, go to settings and click the login button in the upper right corner. A screen appears with the ability to connect to your Call of Duty account.

The update is available on the App Store and Google Play (in the universal version for free).