Today, there are a huge number of different strategies, but all of them are not so thought to the end, and have a some shortcomings. if you don’t want to waste your time on such games, you should install the game Clash Royale. Most immediately understand what is at stake, because this is another version of the developers, well known to all of us Clash of Clans. But it is in this app that you can see several differences at once, which don’t change a lot generally tasks of the game, but make it some more interesting and complicated. If you compare with Clash of Clans, you can see several familiar characters, but there are also new ones, starting with princes, knights, little dragons, and many others that might interest you. 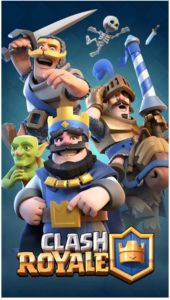 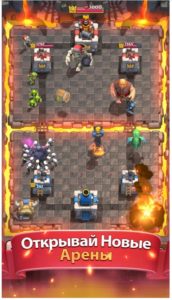 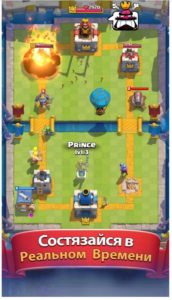 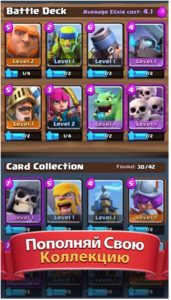 In this variation of the game you will need to create your own army and try to conquer enemies. The player will have to pump his cards, and at the same time open new ones. This game recived some new features of this game, we should note the following: you can fight with various rivals from around the world, and to receive various awards for it, you can receive chests as bonuses, which will become good helpers for pumping your game cards. If you do not have enough experience to progress in this game as best you can, then a special TV Royale is provided. Here you can discover all the secrets of fighting, and much more.

Good graphics and special effects will help you enjoy every minute of the game. You can get to the top of the best by creating your own arenas and pumping them. Considering that the game takes place in real time, you can call to a duel, both your friends and the members of your clan. With this app you can not only have fun, but also to have some feel of  fighting moments, and try yourself in the role of commander.

You can download the game in Google Play and App Store