Often, the learning of foreign languages ​​is filled with an atmosphere of study and knowledge. But unfortunately, you all know how fast it can become boring. Drops turned this useful, but not so fun activity into an exciting casual game. Learning is built on the assimilation of material through visual images and quick games. The application promises to be useful and take no more than 5 minutes per day. In practice, this should help make the lessons regular and not miss any single day. After all, everyone will find 5 minutes for such a useful matter as learning languages. Those who wishing to devote more time to study will have to subscribe. Games pass in a fast and intense mode, but not so much to be annoying. Of course, this application does not replace the real courses, even the premium version. However, free mode can serve as a good vocabulary for learning new words and a small base before you start learning language seriously. 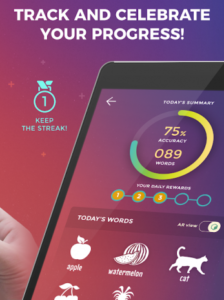 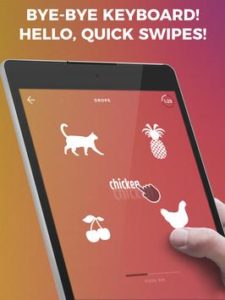 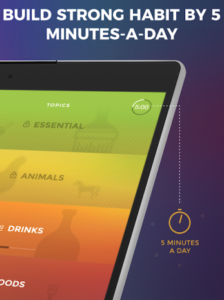 In Drops there are a lot of languages ​​to learn, including:

In games,  are used images, you can give an ansver by swipe, you don’t need to enter the text. You’ll not study rules in the game, only a words. However, this is the first step in the development of a new language. Knowing the words is already not so difficult to apply the rules to them, isn’t it? For beginners who choose to conquer a language that does not use the Latin alphabet, there is lessons of the alphabet in Korean, Japanese, Chinese, Russian, Arabic, Hebrew, and Hindi languages. Voice actors pronounce the words clearly and legibly. You can study several languages ​​at once for free. Drops is suitable for learning words for both adults and children, the design is colorful, but very minimalistic. You can track your progress on the tab with the account in the statistics and, after  more than 50 words are learned, you can get access to more difficult words.

You can download this app in GooglePlay and iTunes

Poly Bridge – how to build a bridge and win the game

Poly Bridge is a great game designed by New Zealand developer Dry Cactus Limited. This is a famous simulator where players need to build a...

Bad North Jotunn Edition: how to protect from Vikings

Bad North Jotunn Edition is a well-known strategy game from the Swedish developer Raw Fury. Released in 2018, it immediately became...

Door Kickers: decent strategy or how to kick the door

Door Kickers is a decent game in the world of strategies. Released in 2014, it maintains its position in the gaming industry. Can you kick...