Seeing this name (Forge of Empires), you can roughly understand what this game will be about. What is a forge? This is perseverance, this is work and this is development. It is by its development that this game primarily attracts.

Let’s remember what we are used to seeing in such games?

As a rule, this is a certain small area in which we build buildings and the further meaning of the game rolls into mutual responsibility. You must constantly build in order to increase the extraction of resources. All this is done in order to put together an army stronger.

I would like to revisit the topic of development, because I have always liked such concepts in strategies. Forge of Empires developers decided to move away from stereotypes and tried to bring their brainchild as close as possible to the RTS genre, which is now so lacking.

The most interesting in the game from the developers of InnoGames GmbH:

We have a huge tree of development here that will carry you through the entire history of mankind, from the Stone Age to the present civilization. Travel from era to era! You will observe how your civilization evolves. The army and buildings will match your development. Thus, the first and main plus of Forge of Empires over other construction sites, I clearly identified – development.

This is also followed by an important point – this is the refusal to improve buildings in the form we are used to. Having built a factory once, you will not need to fill a new level with it every time. You will only improve it during the transition to the New Age. In this way, we can coordinate our efforts not on the constant entry into the game in order to upgrade the barracks, but on other more everyday issues. For example: your population will have such an indicator as happiness, and if it falls down, people will work poorly, pay little taxes – in general, do not expect anything good. How do you keep the bar up? Very simple. Remember culture and aesthetics. Build theaters and squares, monuments, monuments.

Another highlight would be to allocate resources in the game. It doesn’t matter what you produce. Everything rests only during the production itself. In simple words, place any orders at the factory, it is still a single indicator.

The second important aspect of the game is gold. There are either taxes or the sale of surplus in the market. And at the end of the story, I would like to note the military tactical moves. You have a certain map (only yours). It is designed to diversify the game. You gradually carry out reconnaissance, capture new areas with resources, develop your civilization, learn military affairs.

As a result, this review contains only the most important points by which I distinguish this game from the rest. Good or bad, you decide. The game is not without flaws, but definitely worth the time. 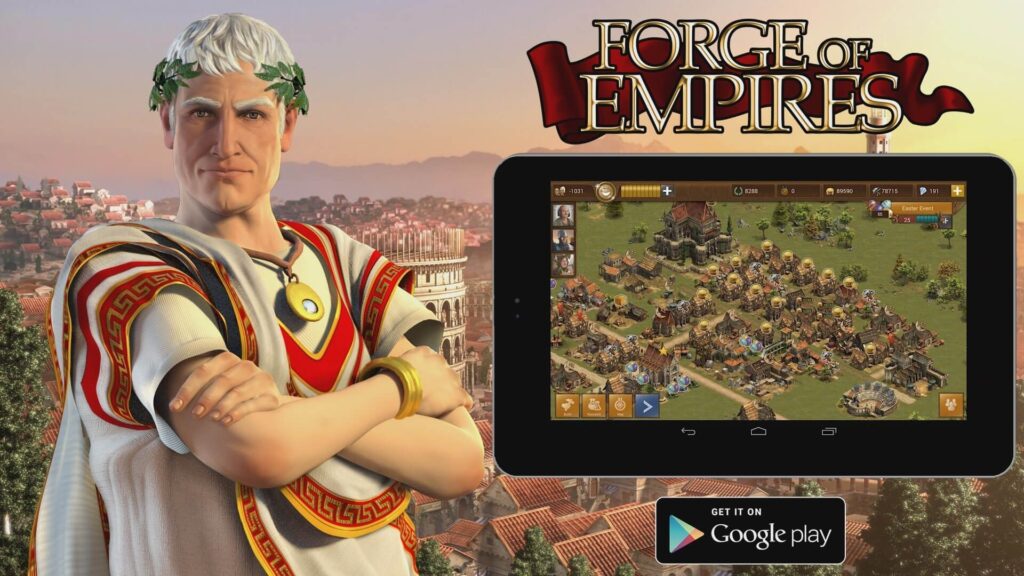