Fans of shooters should try Garena Free Fire. This is an online survival shooter for smartphones. The game is similar to PUBG familiar to many gamers, though in a slightly smaller scale. Also, the game lasts 10 minutes and it involves 50 players, the battle will takes place on a outlying island. The player can choose the starting point for entering the game and get there by jumping from the airplane with a parachute. The landing will take place in a safe zone, you can not be afraid that the character will be killed at the beginning of the game. For easy map discovering, you can use cars. And the movement on foot can be diversified by ambushes, hiding in tall grass and hiding in a trench. The main thing is to survive at any cost. 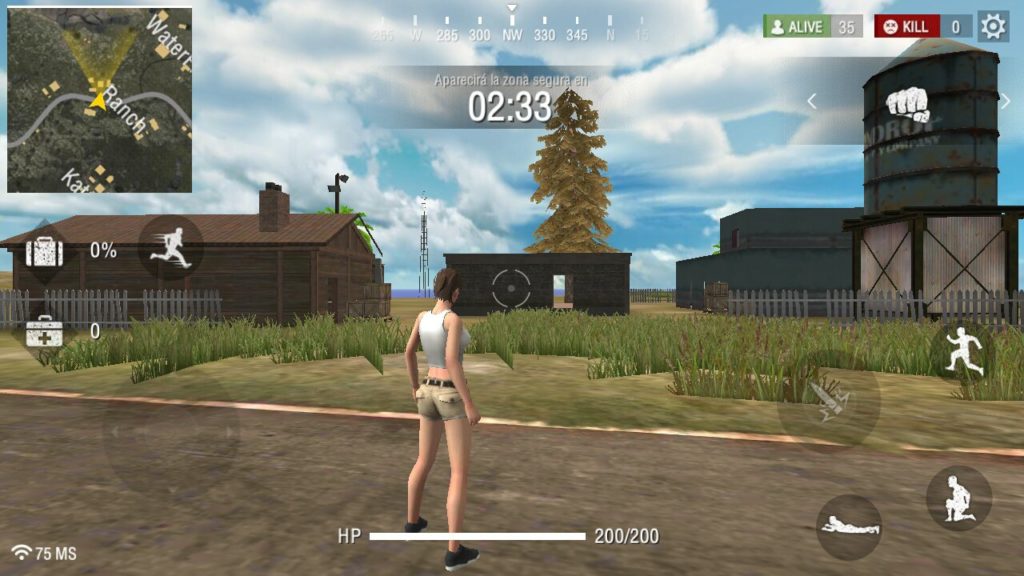 During the game, as in analogues, you need to find yourself a most killer and convenient weapon, collect loot and try to stay in the safe zone. In turn, dangerous areas are crashed by air strike and the risk of leaving the game ahead of time is growing. From time to time, the air supply boxes are dropped with supplies and weapons inside. You should be at this time neat and hurry, because there are fierce competition for supplies.

You can win not only individually but a in squad. The squad should include four people. With the help of in-game communication you can communicate within the detachment, planning ambushes, attacks, etc. Get to the box with supplies will also be easier in the squad than alone. You can also contact a concrete player directly in a private chat.

Control is standard for mobile shooters: the on-screen joystick and the shot and gun change buttons. User-friendly interface, all the necessary indicators in their places. In Garena Free Fire, nice realistic graphics, but its quality depends on the performance of your smartphone. The game is often updated, gets new features and is actively supported.