Often in games we are offered to defeat the dragon, to save the princess and other pleasures, but not this time. It’s time to swap places! Now you are a dragon and can show your passionate temper in Hungry Dragon. This is an interesting arcade game in which the player can afford to do all sorts of dragon tricks – destroy villages and cities, burn to the left and to the right and dine with the local population.

At the beginning of the game, as it would expected, only one smallest and weakest dragon is available. But he is not so bad. Small Critter handles well with all the missions of the initial levels, and the missions themselves gradually open up access to stronger dragons of other sizes. The dragon needs to constantly eat because the health points during the flight are constantly decreasing and if they are not filled with careless prey in time, the dragon will fall down and the game will be over. But it’s not scary because there are plenty of birds in the sky and sheeps on the ground. You can play the game as long as you want, it is endless and, over time, new locations will open for the player. 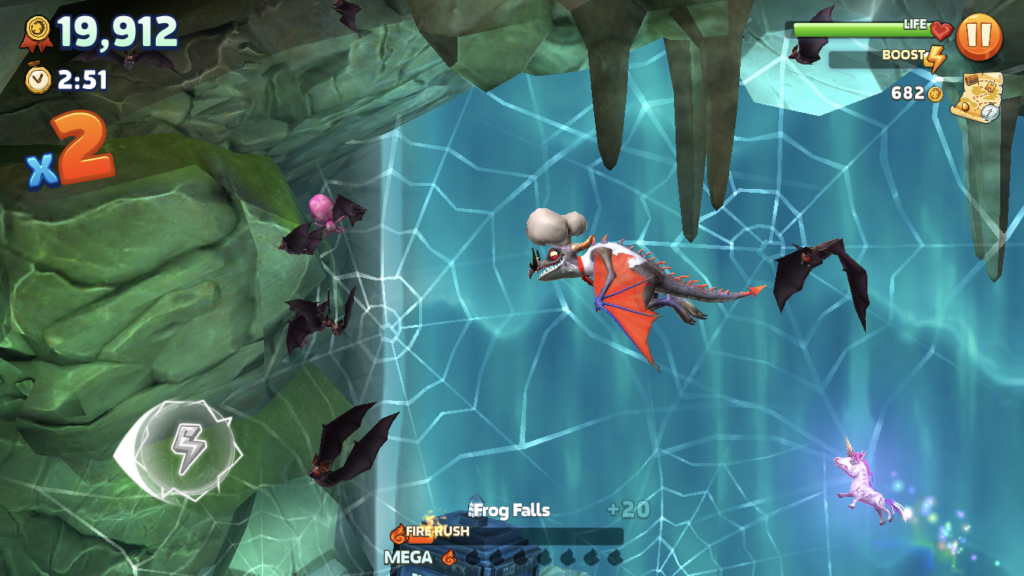 Various kinds of improvements are bought for gems, which are very difficult to get without donat. However, to simplify and diversify the gameplay, you can attach a pet to your dragon. Pets can be different both visually and according to the effect they have on a dragon. They come from the egg, and the eggs are scattered around the map, like chests in which you can find the gems mentioned earlier.

Hungry Dragon is simple in its game mechanics and graphics and is not a bad timekiller. The controls are quite simple – a screen joystick for four-way flight and an intuitive button for speeding up. Sometimes tournaments and joint missions with other players take place in the game, a timer in the corner of the screen tells about them.