Lovecraft Quest: A Comix Game is a mobile game made in the style of comics. The game based on the creations of the legendary master of mysteries and horrors Howard Phillips Lovecraft, will  have to taste the fans of his works and just fans tickle your nerves. In Lovecraft Quest: A Comix Game, you will have to solve riddles and puzzles, deal with ingenious traps and escape from the Lovecraft’s monsters living in the walls of an ancient temple. The game begins with a small entry where the hero travels to New England on a ship. A terrible storm smashes the ship into pieces, and our hero wakes up on a shore, surrounded by rocks. The only exit can be on the other side of the dark cave. 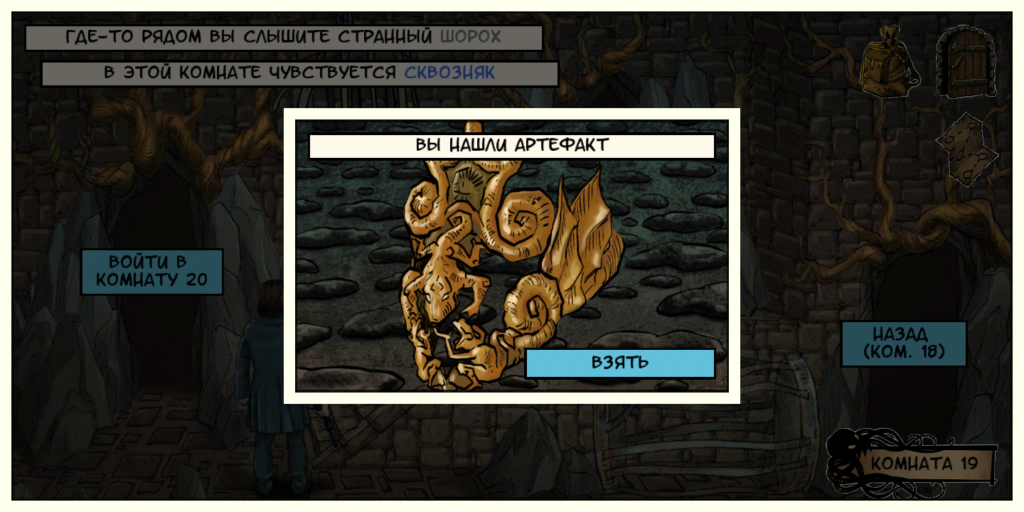 The plot of the game is non-linear, so the ending of the game will depend on your every decision. For this there are many interactive elements, puzzles, mini-games. In addition, in Lovecraft Quest:  A Comix Game is an original plot and there is a some random elements, thanks to which each passing game will be unique. A calm exploring of the rooms gives way to a tense chase after which the surviving luckies return to the research and  mysteries, others will have to start all over again. Wandering through the maze of rooms, the player enters deeper into the dungeon. It would be better to find the map before you find yourself in the depths of the Temple of the Nameless Cults. The map will not only help to understand where the room is, but also warn the player if he has taken a dangerous path. The wrong choice made in a hurry can in the moment lead the hero to place where no one would like to be. 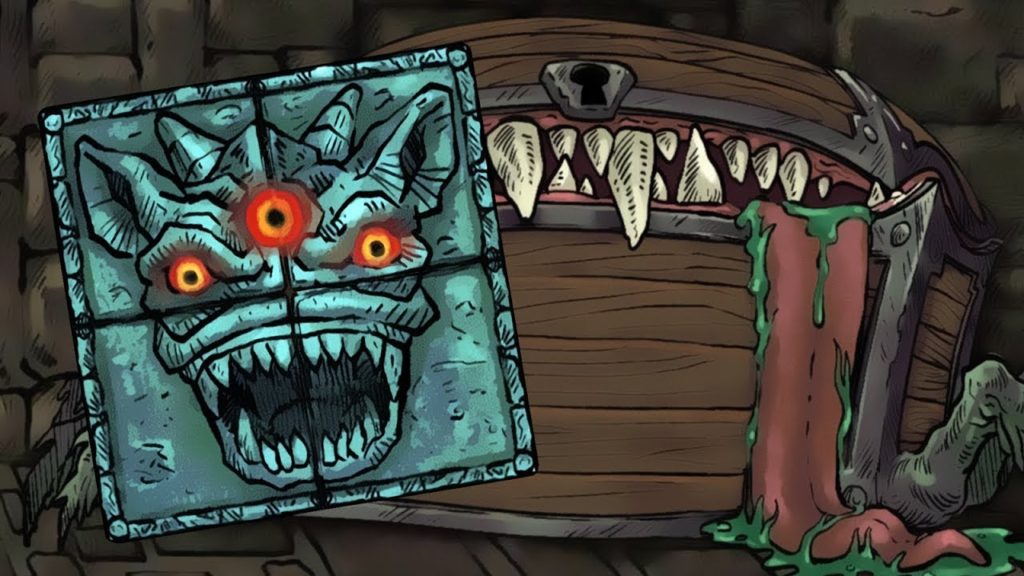 Those who are lucky can find various artifacts, such as the Necronomicon – the mystical book, which describes the history of the Ancients – powerful beings, rulers of another dimension. Lovecraft fans will be able to find references to the work of their favorite writer in other artifacts. In Lovecraft Quest:  A Comix Game has to die quite often, but not everyone is embarrassed. But the lack of content can be accurately attributed to the shortcomings, to complete the game with all endings you need a lot of time, not too much time.

You can download this game at GooglePlay and iTunes