Music Racer is a race with graphics in the style of retro wave. These races have their own unique feature – the track on which the player will go is generated for the song that will be played during the race. The track can be chosen by itself or rely on the will of the case and turn on by random. From the track will depend on the speed of the car, the pulsation of light on the track, its length, the appearance of obstacles, etc. The race can not be started if there is not a single MP3, Flac or wav music track on the device, since the game takes music from the device’s memory. Connoisseurs of retro wave style will enjoy the graphics in this race, everything is slightly blurry, the colors inherent in this style are used, there are no redundant details. 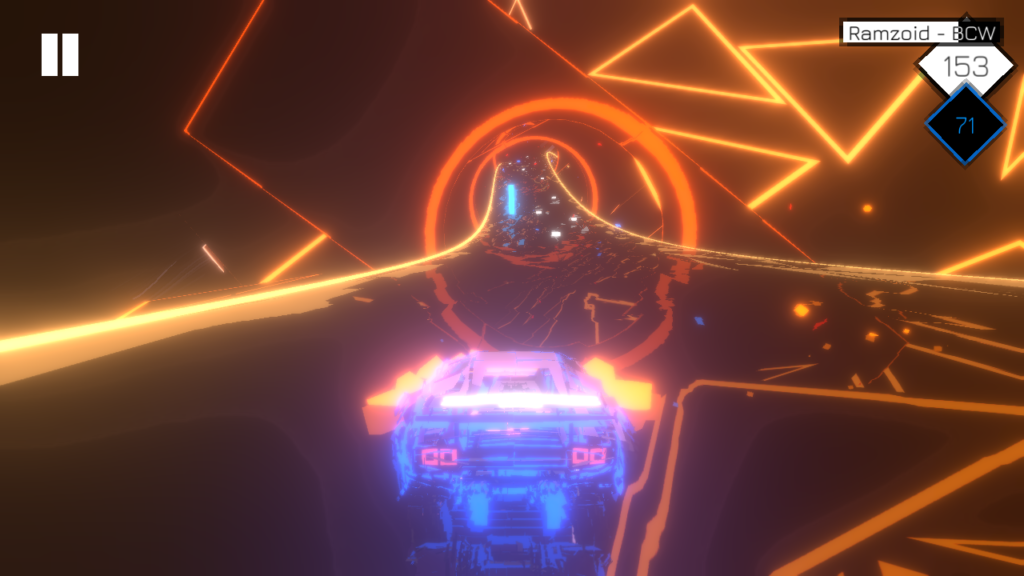 In Music Racer you can choose cars and buy new ones for the game currency, which you can earn in the course of the race. There are also different environments, with the first two locations available, and you also need to buy further for the game money. And before the race, you can also choose the level of difficulty. The control of the car is implemented very conveniently and does not irritate with excessive sensitivity. Bits scattered around the track are generated in accordance with playing music during the race. From them will depend on the final account at the end of the arrival and the amount of “money” received. In the race there are no rivals, while playing in any mode the player on the track alone, so you can relax. At first it’s a bit difficult to adapt to the fact that the tracks in the initial locations are transparent, but you will quickly get used to it. 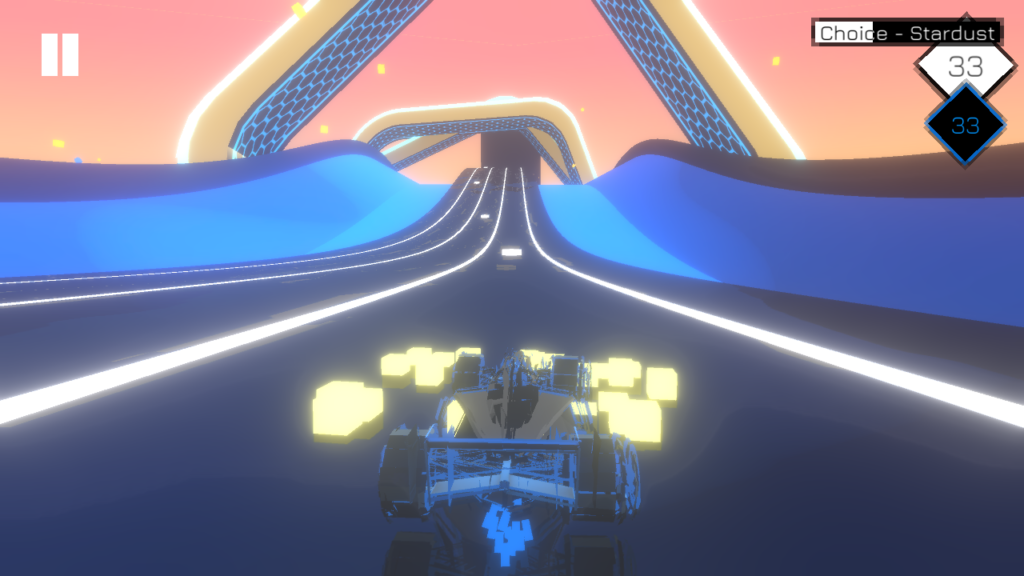 Developers have combined in Music Racer beautiful stylish graphics, dynamic generation of events and environments based on music and the retro wave style. It is also very important that they made it possible to search by music, if you do not want to ride with music chosen by the game. This game pretends to be your favorite timekiller and will help to distract and calm your nerves, driving away due a couple of your favorite songs in Zen mode.

And similar game in iTunes