Pocket Mortys – please Rick and collect them all

Fans of the animated series “Rick and Morty” no longer have to wait for new seasons to watch the adventures of heroes on the multiverse. You can get to these adventures in your spare time. In the game Pocket Mortys player has task to collect and train a variety of versions of Mortys better than other Rick. It is necessary to call the grandsons of other Ricks to battle, after the victory, add them to team and continue their searches. 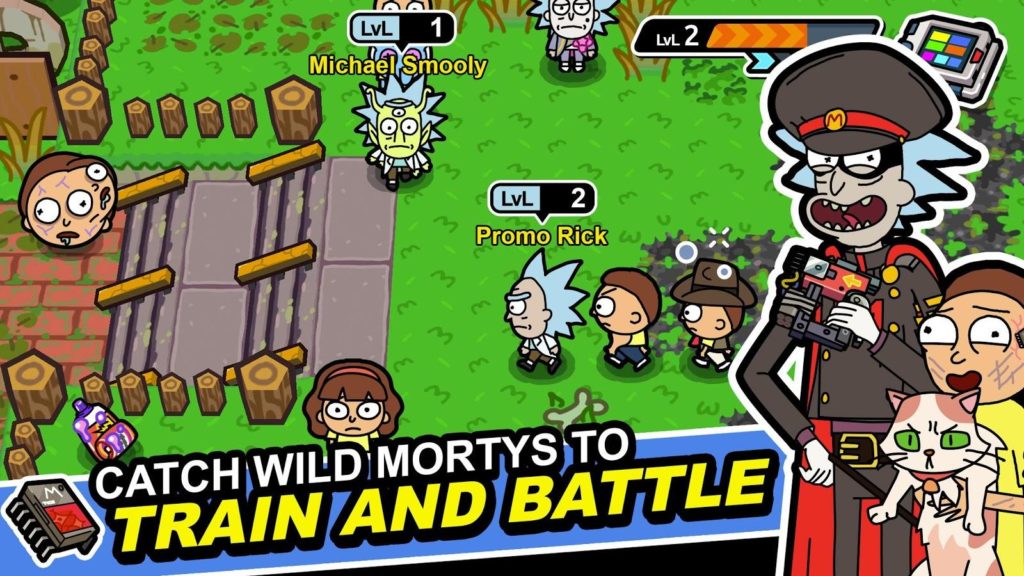 For those who suddenly do not know what it’s about, Rick and Morty is an American comedy sci-fi animated series, for adults and teenagers. At first glance, it immediately catches the eye that the couple reminds Doc and Marty from the film “Back to the Future” and this is not in vain, since the characters are some degree of satirical parody of them. The game has more than 70 diverse Morty, including Mustached Morty, Magicain Morty, Morty Cronenberg, Banana Morty and many others. They can be managed, synthesized new and raise the level of your Morty – prove that you are the best Morty coach of all times and dimensions! 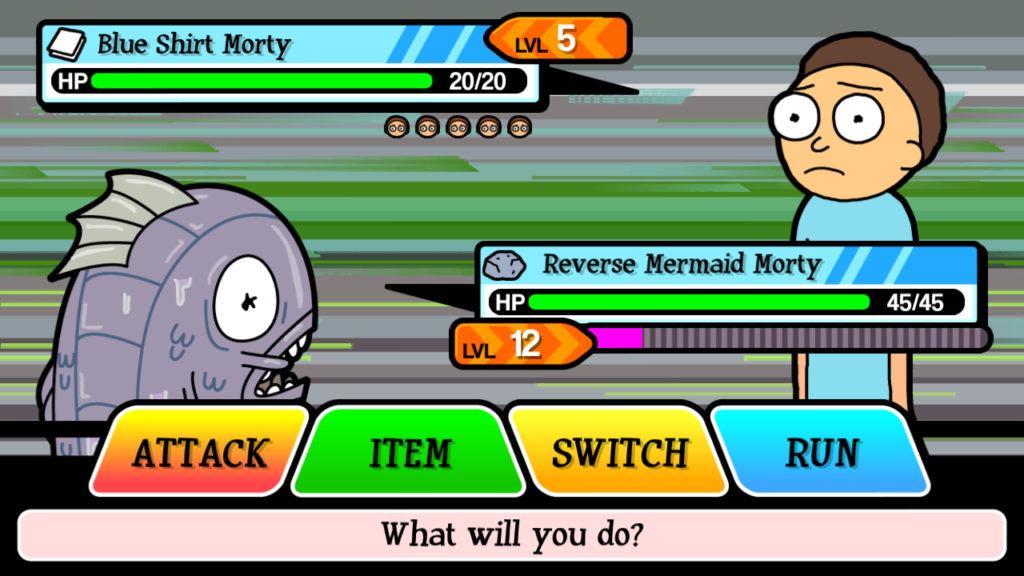 In Pocket Mortys you can meet your favorite characters – Bird Person, Mr. Missix, Scary Terry and others. To diversify the game you can do difficult additional tasks.
And after doing them you can enjoy in the space arcade Blips and Chitz and win some prizes. The maximum number of Morty in the team is 5, but each of them can be replaced by another as needed.

And yes, the game is a parody of the classic Pokemon game on Nintendo and GameBoy, which may interest fans of both franchises –  Pokemon fans and fans of Adult Swim. Pocket Mortys sins with the monotony of the gameplay due to the relatively small amount of content, but compensates for this by its free and absence of purchases inside the game.