Rise of Civilizations – take a part in history

By the name of the game, it may seem like a mobile version of the acclaimed and well-loved Cid Meier’s Civilization, but unfortunately or fortunately it is not the same. Rise of Civilizations is also a historical strategy, but its main difference is that the battles takes place in real time.

In this game, you can choose one of 8 important for the history of civilizations and gradually develop your empire in various strategic ways. Each civilization is characterized by its own style of architecture, unique units and some other advantages. After choosing a civilization, the player will have to choose one of 20 historical heroes to play for. Heroes differ not only in appearance but also in the properties of the character. Thus, you can choose the one who will be better suited to your style of play. 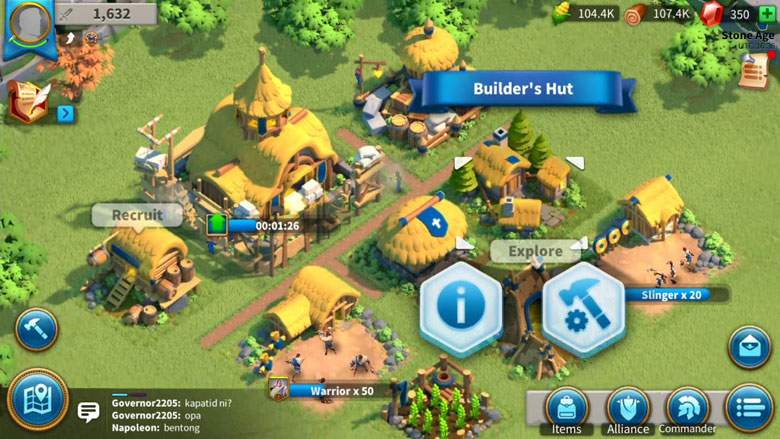 The map in the game is one and very large, there are no “rooms” of individual countries and additional screens. And with a sufficient approximation of the map, you can switch to a town or building. On the map you can find towns of other players whom you can attack or conclude an alliance, strategic buildings, objects inhabited by non-player characters such as caves, fortresses, settlements of barbarians, abandoned temples. Of course, for the victory over their inhabitants, the player is entitled to a generous reward.

To achieve more global goals, you can enter into alliances. Here are the labels on the map for the armies of other players of your alliance, and the distribution of roles, and joint raids and much more. By combining forces with other members of the alliance, you can overcome and take control of the kingdom, which alone would be very, very difficult to deal with.

To upgrade warlords in Rise of Civilizations there is a small RPG element, due to which they can increase their levels and improve their desired characteristics. In the end, I would like to add that even though the game has many advantages and excellent graphics, many donators play in this game, a meeting with which can spoil the mood and good impressions of Rise of Civilizations.