If you know the words Adult Swim, then for sure you know that these guys do not just funny cartoons with age limit, but cool mobile games. And RUA2 is also no exception. The game is not loaded with a special meaning or complex gameplay. But quite fascinating and to some charming. And possible earned an inexplicably large number of fans by that. As can be seen from the title, this is a sequel to the once-released Robot Unicorn Attack. The game is not really different from thee first part. But what the first you immediately pay attention to, is that this time the developers have much more carefully revised the design. It became more qualitative, pleasant and stylish. This time the game turned out to be very colorful and detailed.

Closer to the game itself. Our ward is a robot unicorn, who rushes through cosmic fairy-tale worlds to meet his dreams. RUA2 is an endless runner, easy to play and with some interesting stuff. The game has an internal money, earned for points during the game – the tears of a unicorn. With its help, you can customize the unicorn as the soul will. Body color, wings, horn, tail, mane, plume – all this can be added to our unicorn to make it even cooler. 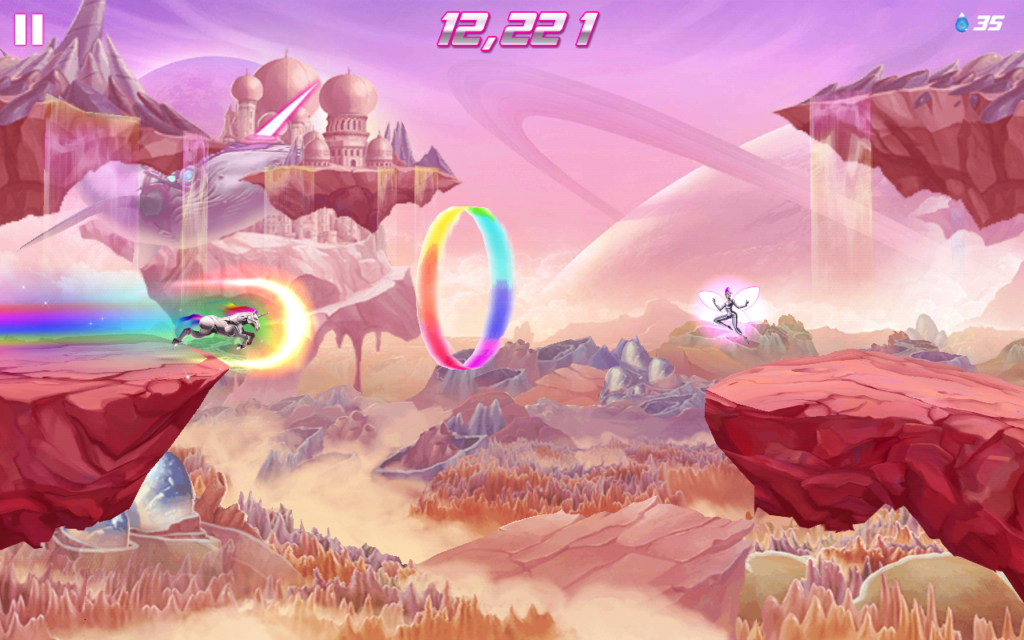 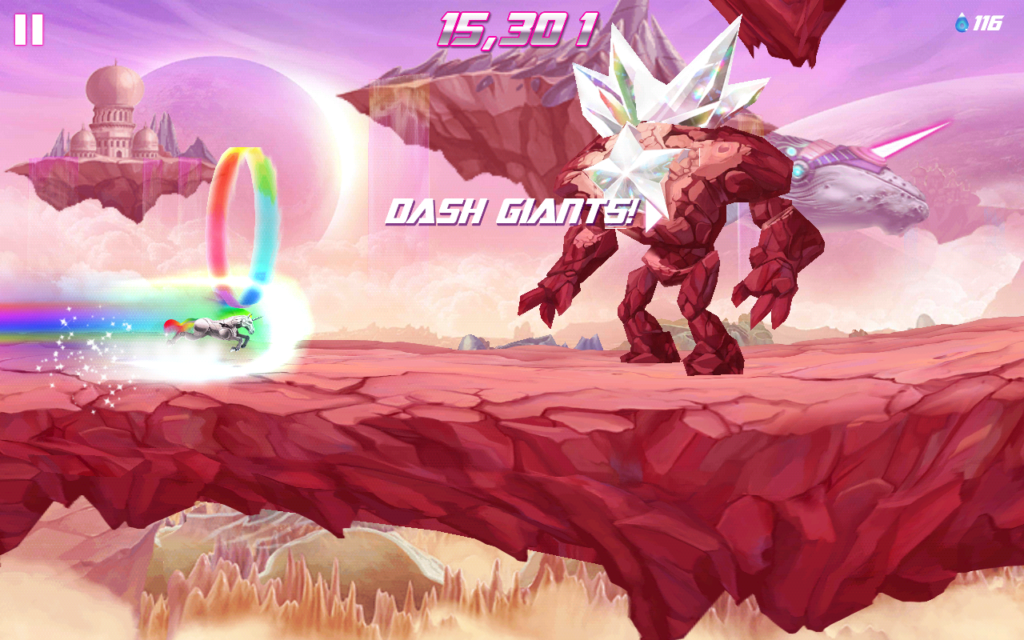 You have three attempts to run (or fly) as far as possible. After it’s exhausting, the game is over. During each attempt, which here are called wishes, you score points that reflect your progress in the game. As you progress through the game, you will meet colorful fairies, magic rainbow rings, beautiful crystals that you need to collect to unlock the next location. All this must be collected in the greatest possible amount. And, of course, make sure that the unicorn does not crash anywhere, because after three collisions you will end the game session. 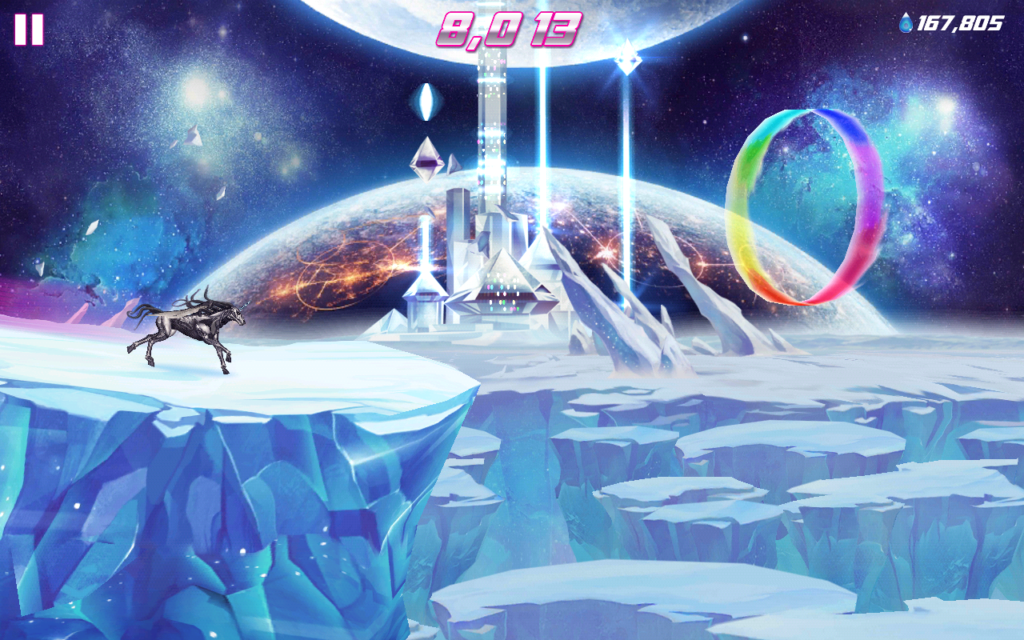 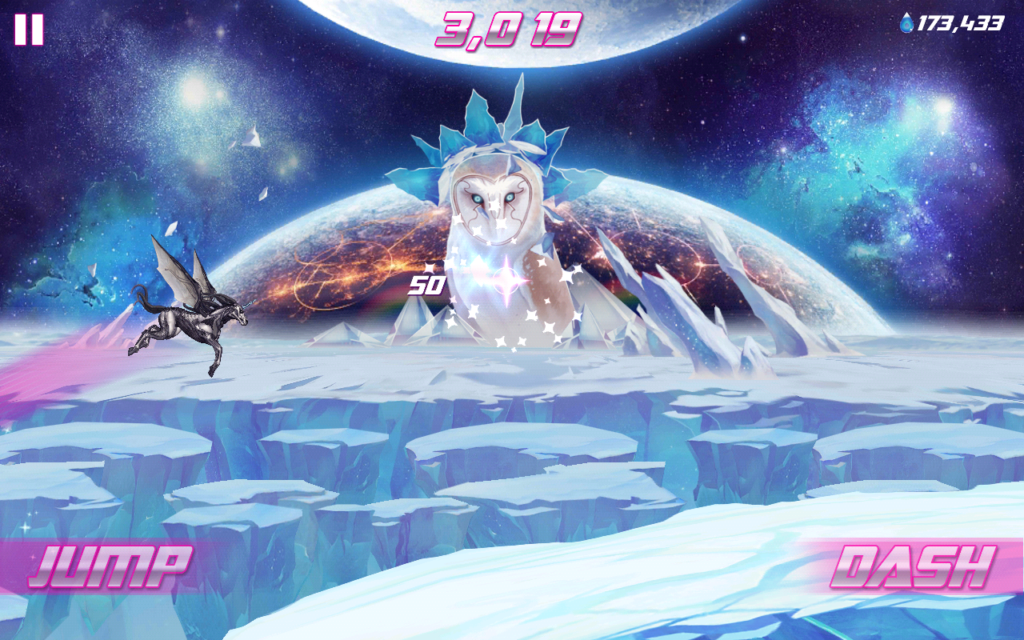 A separate mention in the game is music. It would be better to listen to it in headphones during the game, for a greater immersion in the cosmic world of fabulous unicorn robots and 80’s futurism.