Some will prefer to keep silent about this information, others proudly bear the title of a fan and talk about it at every time, but each of us would watch South Park at least once in a lifetime. This show is popular not only among teenagers, but also among more adult audience. Some have funny jokes, others have social satire and jokes, of course. Those who are familiar with the series, most likely know about Stick of Destiny – a game in the genre of RPG about South Park. Now you can play something similar on your smartphone. Phone Destroyer has mixed many genres in himself, so almost everyone can find in this game what he likes. 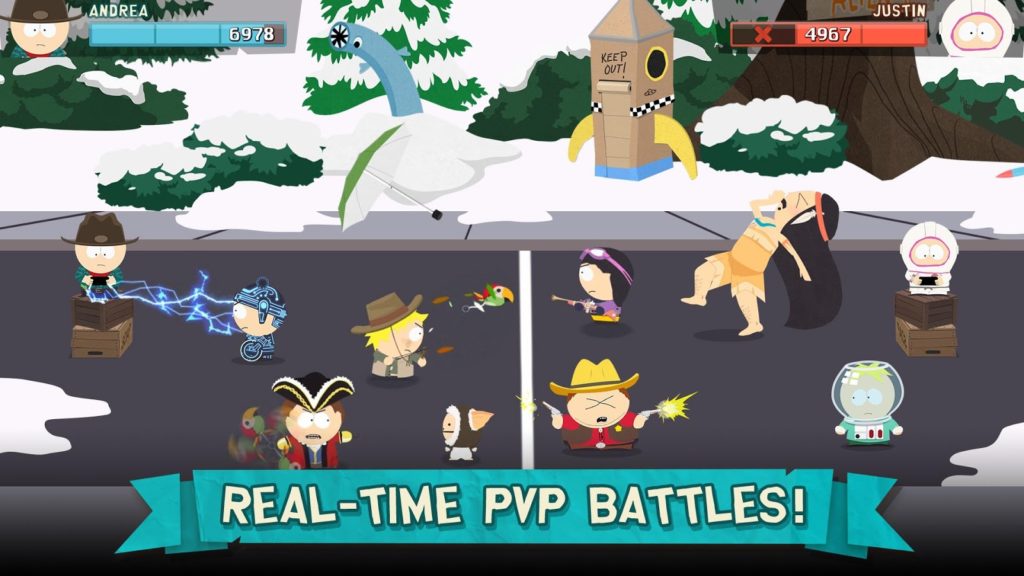 First of all, this is an interesting single-player campaign surrounded by the familiar character of South Park. But the same time you will meet their exotic versions such as Magister Cartman, who in turn can be challenged to the battle. The plot of the campaign is original, but it came from the pen of the creators of the series and promises to be exciting. In addition to passing a single-player campaign, the player will be able to fight with other players in real time in a PVP fight. You can also create teams with your friends or just any other players to play together. The game also contains cards that are needed to fight in a card battles. In a team, cards are easier to collect and you can exchange them for others with members of your team. 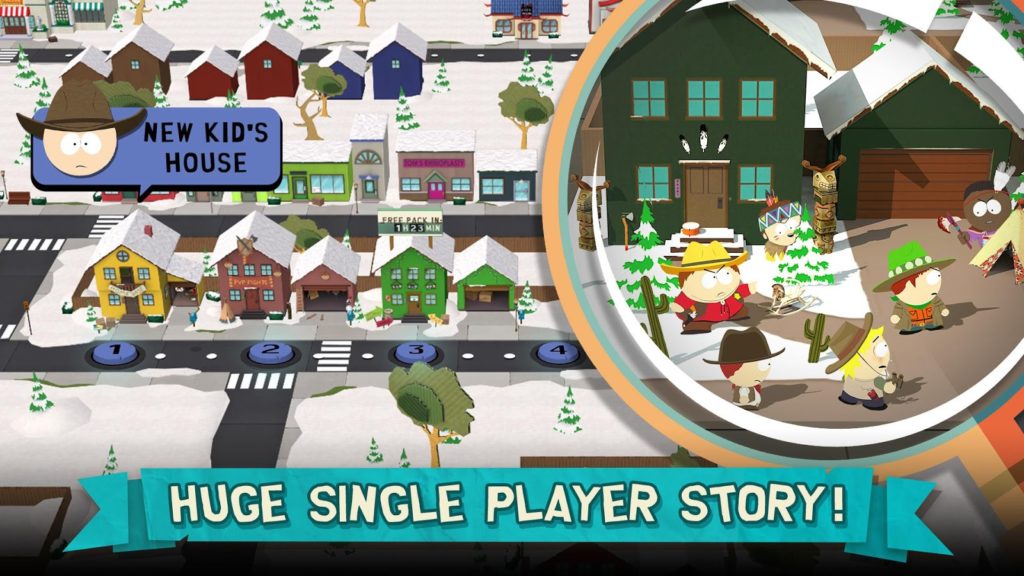 In addition to the usual gameplay in the Phone Destroyer, full of jokes peculiar to South Park. You can dress up your character with ridiculous outfits, which in some way will only add to his coolness. And as the cherry on the cake, the developers added the ability for each player to kill Kenny himself. Like the animated series, the game has an age limit of 16+. It is also worth noting that there is a decent amount of donat in the game, so in order to succeed in the standings, you will have to try your best. 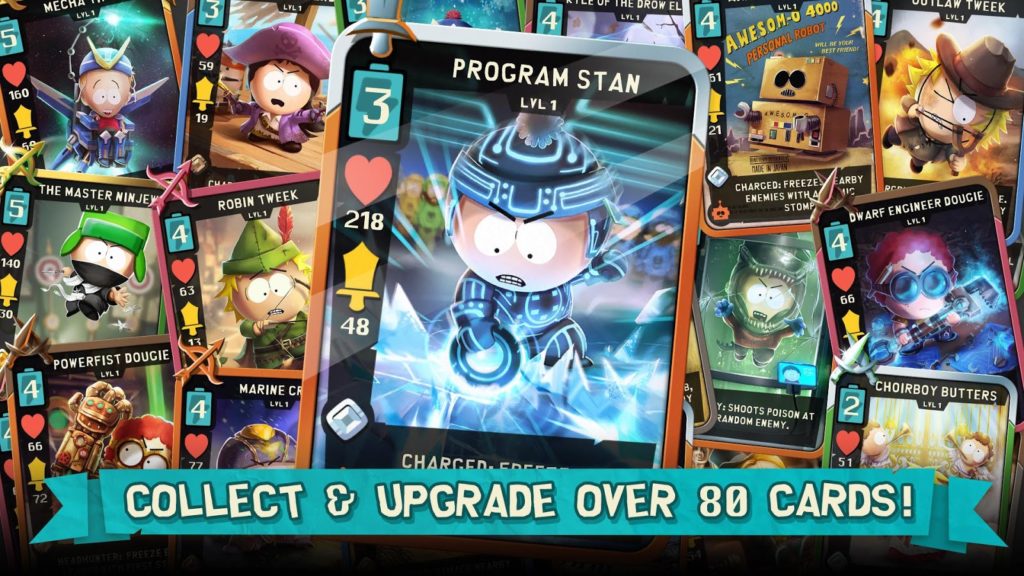 You can download thia game in Google Play and iTunes