There is nothing better than a game of football or basketball. So you can relax at work, to your attention the most popular sports games for Android.

There is nothing better than a good sports video game to relax and have fun on your smartphone. In the Google Play Store, the number of applications is almost endless, and it is not easy to choose even for the most experienced players.

The real big problem with sports games on Android is the freemium model. This is a system in which you can start playing for free, but then, in order to continue promoting or improving your character, you need to buy, with almost force, paid components. This is a system that many do not like. However, there are names, especially those related to basketball and football, which should be installed on your smartphone. From Fifa Mobile to Nba Live, these are the best sports video games for Android. 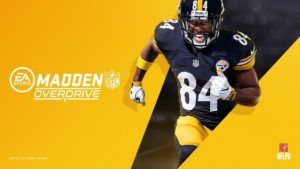 If you are an American football fan, then Madden is by far the most famous video game. It is true that it is based on the annoying freemiun system, but in addition to paying with real money, you can also use virtual coins present in the game. And unlike other sports titles, it’s not difficult to earn virtual coins on Madden, especially if we win several online matches against other opponents. Obviously, the championship section has not disappeared, where you play against artificial intelligence. There are also daily events that, if exceeded, give access to various currencies. Gameplay is based on gathering players to complete training.

We stay in American football with a less serious title. Football Heroes is based on a purely arcade style, where they collect new player figures to improve their team. Reproducibility, due to very simple graphics, is pretty good. And there are also several steps to create a dangerous action. This is a classic game that can be used during lunch breaks or when you are waiting for someone.

Could we skip FIFA on this list? The answer is obviously no. Also in this case, the video game is based on the freemium model. At the same time, if you are a fan of football, this game is unlikely to disappoint you. It begins with the main modes, namely live events and attack mode. After level 5 we open the season and leagues. Unlocking live events is one of the most effective ways to get coins and buy new player packs. Attack mode is to challenge other users from all over the world, obviously, who will win more goals in 90 minutes. To play FIFA in both multiplayer and single player, you will need an Internet connection. 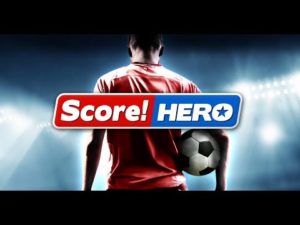 If creating a team seems hard for you, then it will be more fun to manage one player and consider him a promising football star when you are young. This is what you can do on the account! Hero is different from other games in that here we will manage only actions that relate to our character. We can also pull, dribble and pass to teammates. The game is developed on several levels, or rather 420, each of which is associated with its own game situation. 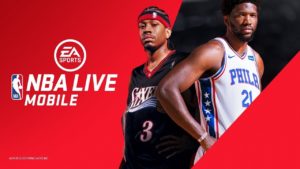 Another title from EA Sports and another masterpiece. Who is a big fan of NBA basketball, one can not install this game on your smartphone. Also in this case, the main goal is to manage your team and collect new players. There are different ways to play, there are daily events or live competitions with users from around the world. Do not miss the opportunity to play the whole season. As soon as the fifth level is reached, as in FIFA, the leagues are released. An interesting aspect is that if someone buys an “item” in your league, then you too can get a certain benefit. 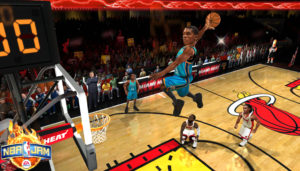 NBA Jam is a nostalgic name, it is a game created by Electronic Arts, and it is a remake of famous arcade games. The game has the style of the nineties. The game takes place in the spirit of two against two. You can play quick games, campaigns to unlock new players and basketball legends, then you can play online (finding opponents is not easy) and, finally, you can challenge a friend. The only drawback of this game is the price, just under 5 euros!

Hey, baseball fans? This is a game for you. The game contains all 30 MLB fields and over 800 players. There are also different ways to play, and you can make a quick game or season. And based on how much time you have, you can also decide to use both commands. Then there is the Live mode, which allows you to play with the parameters of the updated teams and players, based on the performance of the current season. This is a game that takes a lot of time and also has a paid service where you can collect legends and historical MLB players. 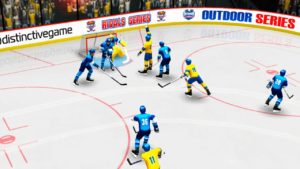 For some reason, EA Sports decided not to “wear” its hockey title even on smartphones, as it does with consoles. However, the Matt Duchene Hockey Classic can be a very suitable alternative if you are a fan of this sport. The main problem here is also a freemium system. After downloading the game, we will only have Finland and Sweden, and for the remaining 60 teams you will have to pay. Also, many NHL teams have been changed, because the game has no rights. 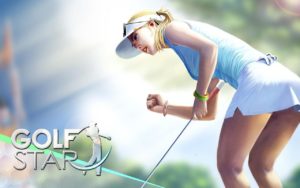 This game has been chosen in many countries as the best golf game for Android. Especially thanks to simple controls, important and clean graphics. You can customize your player, and then switch to career mode. Understanding how to play, even if you have never seen a golf tournament, will be very easy. You will need to accompany your character from amateur to professional, and competitions and difficulties will change as you progress.